PASS | Veranstaltungen | I ain’t a Data Scientist – Why do I need Jupyter Notebooks? 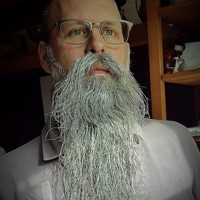 Online bookings are not available for this event.